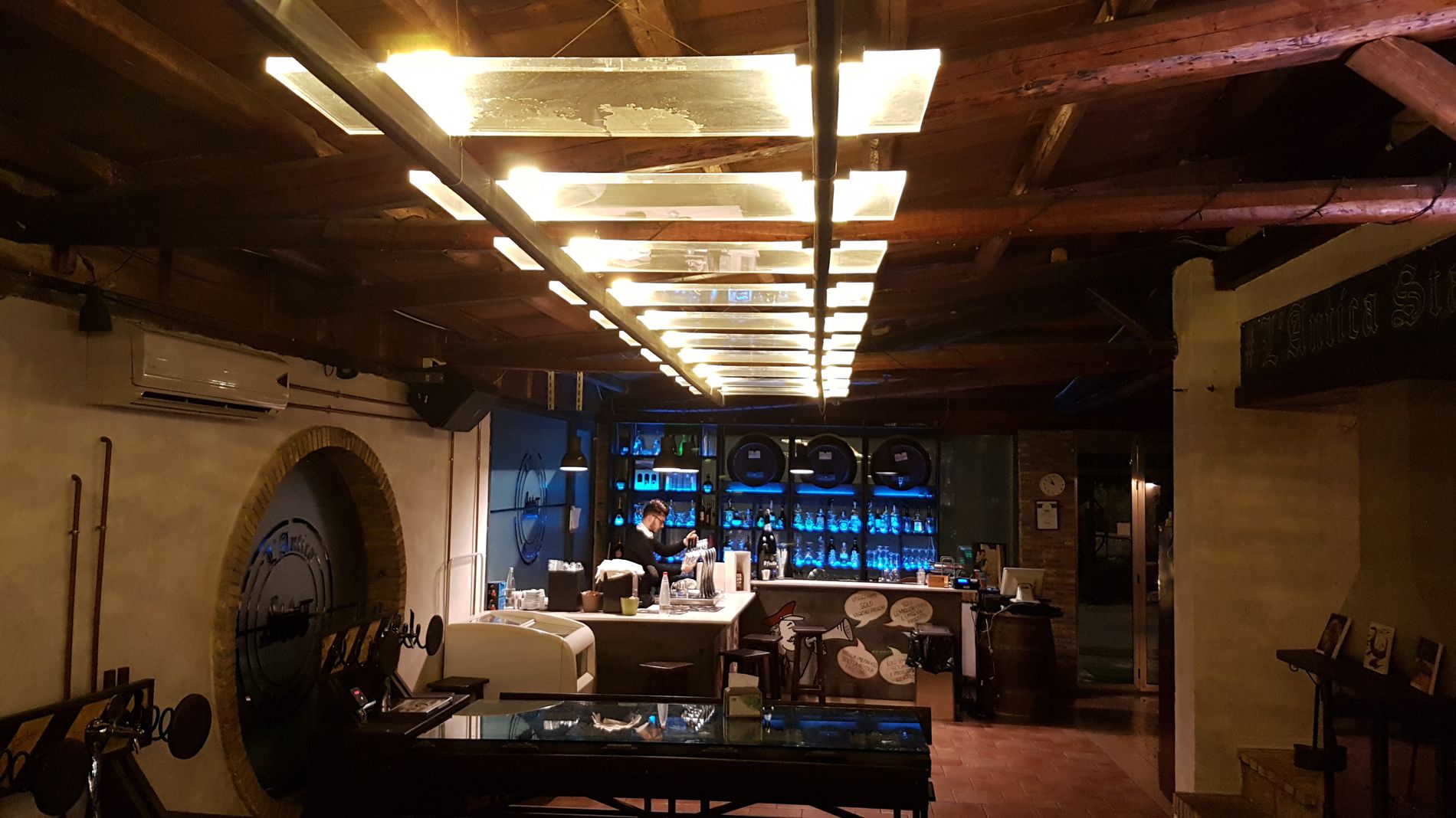 The Antica Stazione is a pub-restaurant-pizzeria located in Piazza Armerina and specializes in Gourmet cuisine and sale of craft beers. The Ancient Station was born from the desire to re-evaluate a large area in front of the Ronza Park in Piazza Armerina.

However, it is not just a matter of re-evaluating an area that is deserted in itself, but of creating a place that is able to intrigue tourists who go to the Villa Romana del Casale or the inhabitants of the surrounding areas.

Skenarte took care of both design and implementation. Since the 3D project, Skenarte has been able to recreate the idea of ​​an ancient station and, at the same time, enhance the idea of ​​the brewery so requested by the customer.

Once the delivery deadlines and the budget have been established, we have moved on to the construction phase which included: the construction of fake train rails hanging from the ceiling and 8-seater tables with the same structure of the tracks that rest on a blanket of boulders of various sizes, just like the actual tracks.

Even the structure of the room makes the idea of ​​a tract that can be traveled on by train, for precision on corners. Each wall is equipped with shelving where the best craft beers are placed, even if the idea of ​​a brewery stands out from the entrance: this is where, behind a glass, is a draft beer machine illuminated by blue and purple LEDs that brings highlight the majesty of the machinery in question.

The restaurant was built in 2013 and still receives positive feedback on the originality of the sets created inside.